FM-YAM batch 1 released in Q1 2018, batch 2 in July 2018. Batch 3 is selling from Protovision as of Q1 2020. It is a light-weight FM implementation for your C64! This adds 9 FM sound channels to your Commodore. See the Showcase below for examples! FM+SID is a reality! 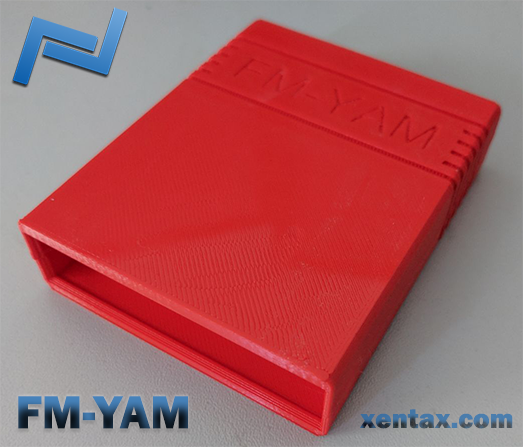 The first batch and second batch have sold out (240 units).

Though it is based on the SFX Sound Expander by Commodore, it is less bulky and fits almost a standard C64 cartridge case. See the Vesalia type cases (e.g. RetroReplay, MMC Replay) and you will get a hint of the size. Furthermore, it has an audio in mini-jack, and and audio out mini-jack. The case was 3D printed for batch 1 and 2. Batch 3 uses IComp cases.

11. What pricetag does it have?